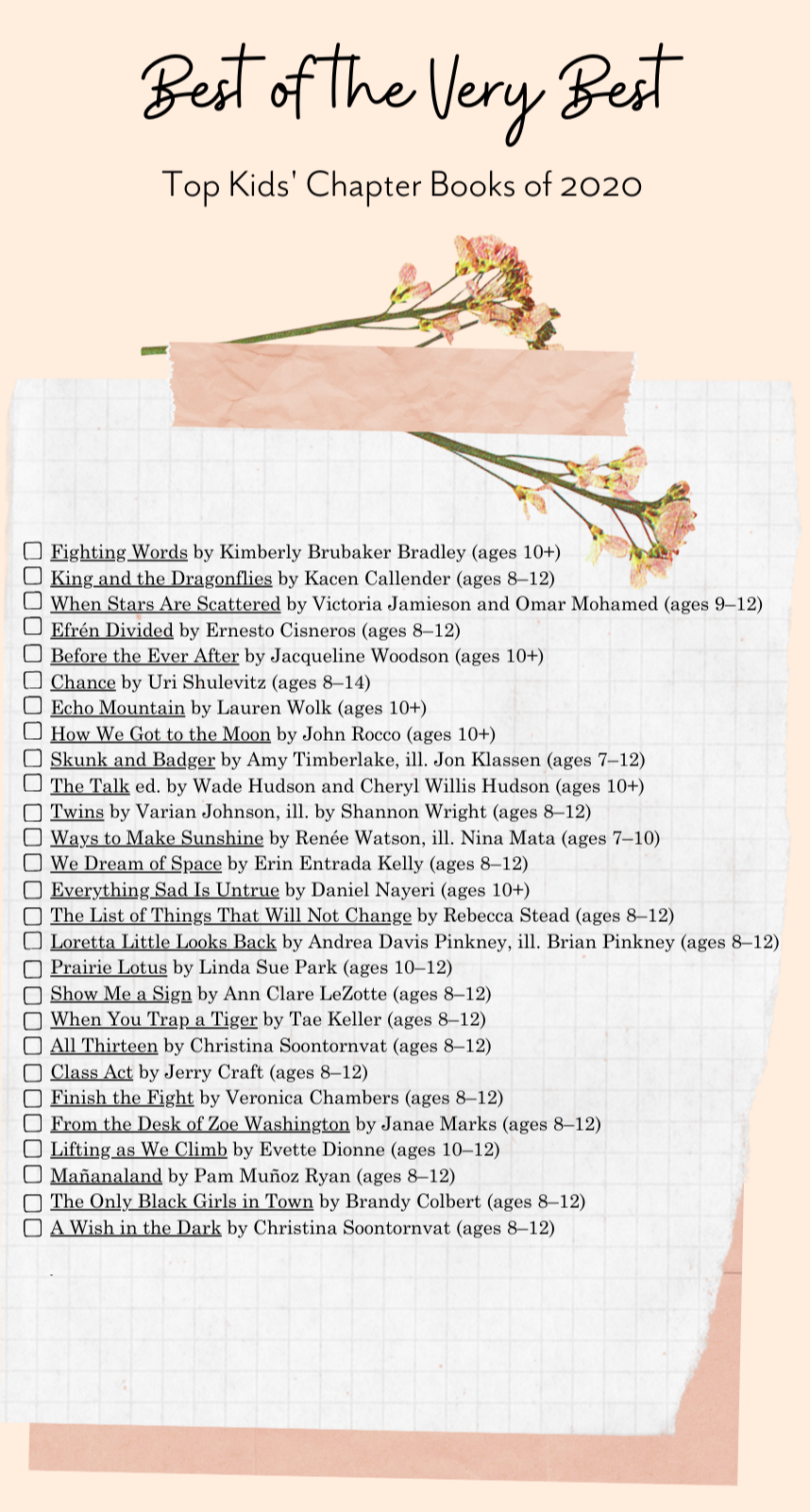 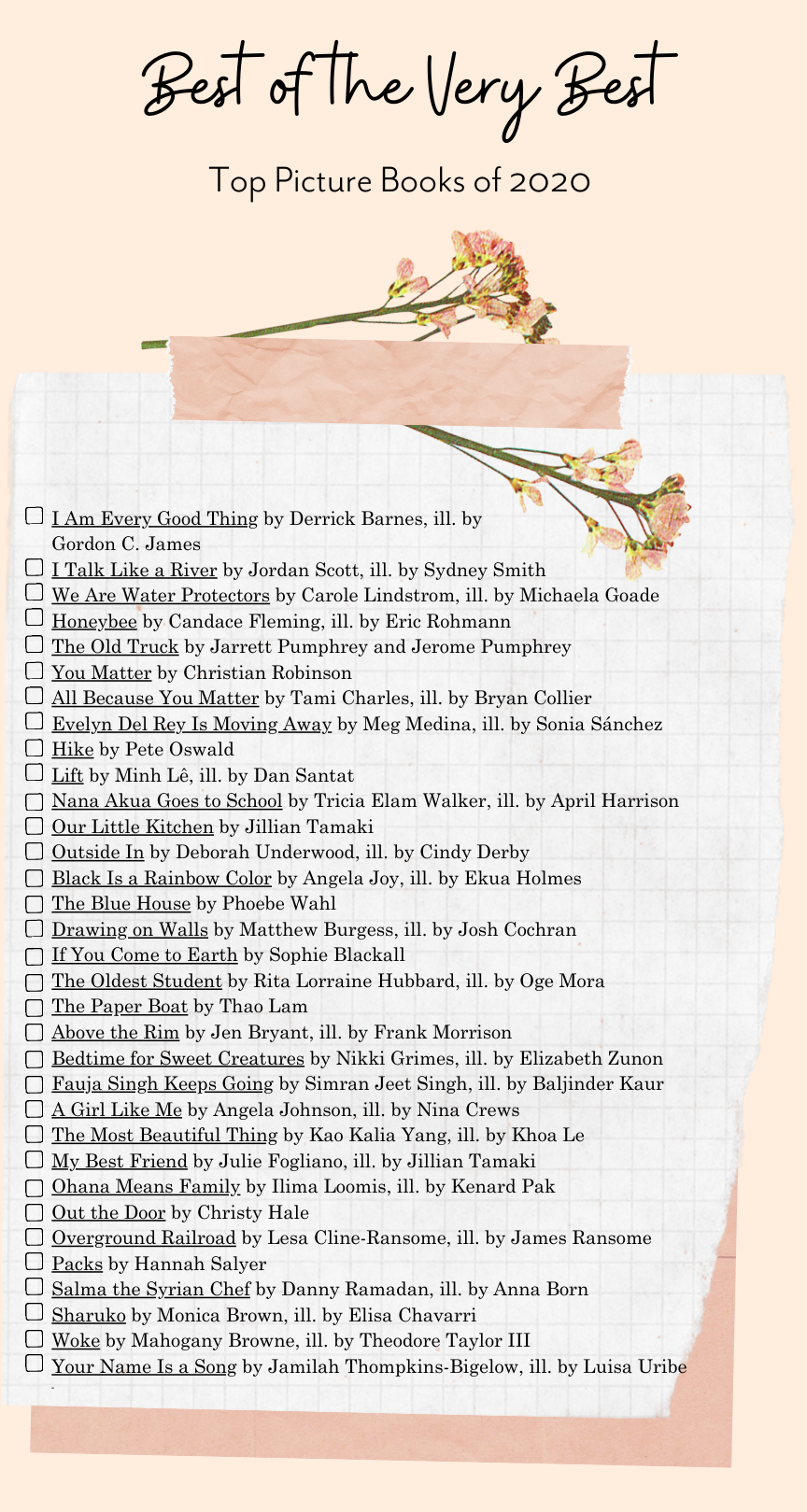 Back when I was first working as a librarian, I started an annual "Best of the Very Best" list, and I've kept it up every year since then—even after leaving the library. You may have noticed some of the many "Best of" book lists that come out toward the end of each year. Well, my "Best of the Very Best" list is a compilation of the top "Best of" lists from popular and professional sources.

Here's how it works:

1. Every year, I check out "Best of" lists created by fourteen sources: professional library/publishing publications like Kirkus, School Library Journal, Booklist, Publishers Weekly, and Horn Book; media like the New York Times, the Washington Post, the Wall Street Journal, Time, and NPR; libraries like the Chicago Public Library and New York Public Library; Goodreads; and the National Book Award results. (The results of the American Library Association's Youth Media Awards are not included because the awards are not given out until mid-January.)

2. I collate all of these recommended titles into my own lists (one each for picture books and chapter books) and notate the number of lists that each title appears on.

4. These lists are arranged in order of the number of "Best of" lists each book appears on (and then alphabetically by author for books that appear on the same number of lists). That means that the most highly recommended picture book on this year's list is I Am Every Good Thing, which was recognized on a whopping ten of the fourteen lists. There was a three-way tie for the most highly recommended chapter book—Fighting Words, King and the Dragonflies, and When Stars Are Scattered—all of which appeared on eight of the fourteen lists.

Feel free to print out these lists and check off the books as you read them! They should all be available at your local public library. All but one were available at mine, and I have put in a request for the library to order that one. (Did you know you could do that? Public libraries are great about ordering books that patrons request as long as the books are still in print.) Then come back and let me know which your favorites were and whether there are any great titles that you think are missing from these lists.